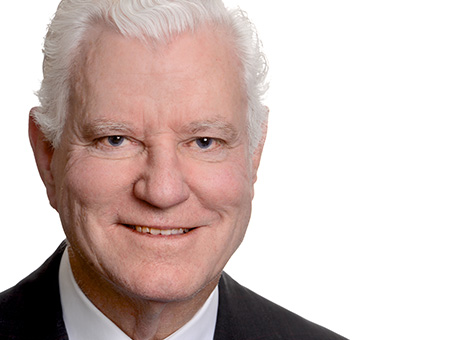 A champion of medical providers for many years, David O’Keefe is one of the founding members and the managing shareholder of Bonne Bridges. He has successfully litigated and tried cases in every area of medical specialty including obstetrics and gynecology, orthopedics and spine surgery, neurological injuries, oncology, plastic surgery, emergency medicine, anesthesiology and surgery.

In addition, David has litigated lawsuits for actors and public figures, homeowners being sued for negligent death or injury on their property, churches and religious leaders being sued for sexual misconduct, medical manufacturers being sued for products liability, pharmaceutical companies being sued for liability, and landowners suing for toxic torts. He has also defended medical and other professionals throughout his career in licensing and disciplinary actions.

David has served as lead counsel in more than 250 jury trials and arbitrations and is a member of numerous leading professional organizations including the American Board of Trial Advocates, the American College of Trial Lawyers as well as the International Academy of Trial Lawyers. These organizations which are by invitation only are comprised only of the most experienced trial attorneys in the country.

Throughout his career David has received frequent honors including the ABOTA Civility Award, Los Angeles Medical Malpractice Lawyer of the Year, Cal-ABOTA Trial Lawyer of the Year and Champions of Justice Honoree by Loyola Law School. He is consistently recognized as a Super Lawyer and as one of the Best Lawyers in America.

David and his wife, Mimi, have 6 children and 13 grandchildren. He has always considered his family to be his greatest achievement. He golfs whenever possible and has enjoyed teaching his grandchildren to surf. Other pastimes include driving his Boston Whaler in Newport Bay and traveling with family and friends whenever possible.

David holds a bachelor’s degree in Philosophy from Loyola University and a law degree from University of California, Los Angeles.