To Sue or Not To Sue? 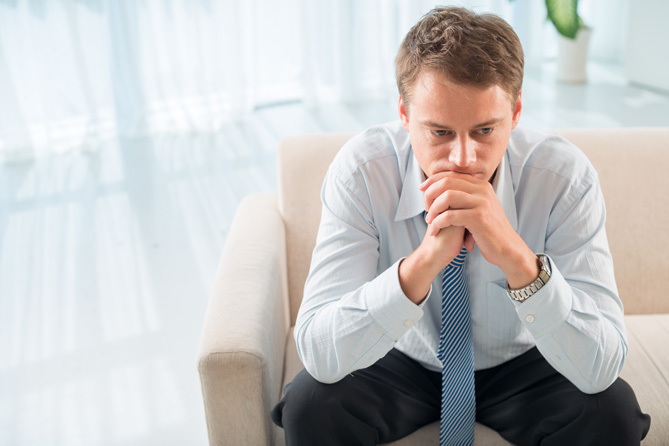 Neighbors trespassing on your property? Three years. Your physician failed to diagnose a cancer? One year, but no more than three. Slip and fal’ in the condiment aisle of your local grocery store? Two years. Veterinarian clip your cockatiel’s wings a little too closely? One year.

What gives with the injured birds, nosey neighbor, and seemingly arbitrary dates? The answer is a bit of legal esoterica called statutes of limitation.

On September 10, 2002, Governor Gray Davis signed into law Senate Bill 688, which extended the statute of limitations for most personal injury and wrongful death claims in California from one to two years. The new law went into effect on January 1, 2003. For healthcare providers, this change should have little effect inasmuch as claims for healthcare liability or medical malpractice are concerned. Such claims must still be brought within three years after the date of injury or one year after the plaintiff discovers, or should have discovered, the injury, whichever occurs first. That said, plaintiffs will always try to circumvent the statute of limitations to preserve an otherwise barred claim, and the recent change may add a new dimension to some of those efforts. For example, because the new law preserves assault and battery actions for two years, we may see an upturn in claims of battery stemming from the provision of healthcare, claims that formerly would have been couched in terms of regular malpractice. Moreover, although the impact of extending the time in which to file personal injury claims is far from certain, the motivation underlying this policy shift is inextricably tied to the events of September 11.

A bit of background is in order. Statutes of limitation are laws that set the maximum amount of time one can wait before filing a lawsuit, depending on the type of case or, claim. The periods, which vary by state, function as important gatekeepers to our court system, because if a lawsuit is not filed before the statutory deadline, the right to sue is forever barred.

You snooze, you lose

Will the new law ease the burden on our courts as more potential litigants make use of the extra time to settle their disputes outside of the system? Why have these laws? In the broadest sense, statutes of limitation are the legal, embodiment of the “you snooze, you lose” principle. They serve the important public policy of encouraging prompt resolution of disputes, while memories are fresh, witnesses are still available, and issues of causation and damages can more easily be determined. There is, however, a countervailing principle. If a statute of limitation is too short, it may “force” parties into the courtroom who, given enough time, might I have resolved their differences outside the legal arena.

It should come as no surprise that when I our legislature acted to double the statutory period for personal injury actions, the stakes were high, and there was intensive lobbying on both sides of the issue. To veteran Beltway observers, both camps were populated by the usual cast of characters. The plaintiff’s bar, represented through organizations such as Consumer Attorneys of California, lobbied in favor of the change. The defense bar and the insurance industry, via groups like California Defense Counsel and the Association of California Personal Insurance Federation, opposed the bill.

Opponents argued that doubling the statute of limitations from one to two years would increase claims settlement costs without any measurable benefit to consumers and would drive up insurance premiums in California. They also cautioned that allowing more time in which to file a lawsuit would result in more “stale” claims being litigated. Those in favor of the change countered that, were it not for California’s unduly short statute of limitation, many personal injury matters would be resolved without the need to resort to litigation, thereby lessening the burden on our court system and eliminating many frivolous lawsuits. However, the plaintiff’s bar, along with a handful of Consumer groups, had long lobbied to extend the statute, and this argument had been advanced before without success. What caused it to prevail this time?

In late August and early September 2002, when SB688 was being debated on the Senate floor, legislators were keenly aware that under existing law California victims of the September 11 terrorist attacks had less than a month to decide whether to bring a lawsuit, or forever lose that right. In many cases, the full extent of those victim’s damages was not fully determined, so that they could not weigh the adequacy of the compensation offered by the federal Restitution Fund against their potential recovery from suing the airlines used in the attacks. Adding to the perception that California victims of 9/11 were suffering a special injustice was the fact that in 2002, 46 states had personal injury/wrongful death statutes that were two years or longer. The bill’s proponents carried the day, and the new law contains a special provision making the two-year period retroactive to victims of the attacks.

Acting to protect the rights of California’s 9/11 victims was an honorable motive. Notwithstanding that aim, our legislators appear to have had little hard data upon which to base their decision. Do states with longer statutes have fewer personal injury lawsuits filed per capita? Is there a statistical relationship between the statute of limitations and the number of non-meritorious lawsuits filed? Does the cosVbenefit analysis favor a longer period in which to sue? In states with longer statutes, has there been a corresponding effect on settlement costs? On insurance premiums? On court congestion? Our lawmakers were largely bereft of this data when they cast their votes, and so the pertinent question remains: Will the new law ease the burden on our courts as more potential litigants make use of the extra time to settle their disputes outside of the system?

It has been a year since the law went into effect, and there has been no pronounced shift in the number of personal injury and wrongful death lawsuits filed in the state. Likely it is still too early to know whether the change will operate as intended. Hopefully the bill’s author, Senate President Pro Tempore John Burton, will not need to draw upon the advice of Winston Churchill who, when asked what the chief qualification of a politician should be, replied: “it’s the ability to foretell what will happen tomorrow, next month, and next year—and to explain afterward why it didn’t happen.”